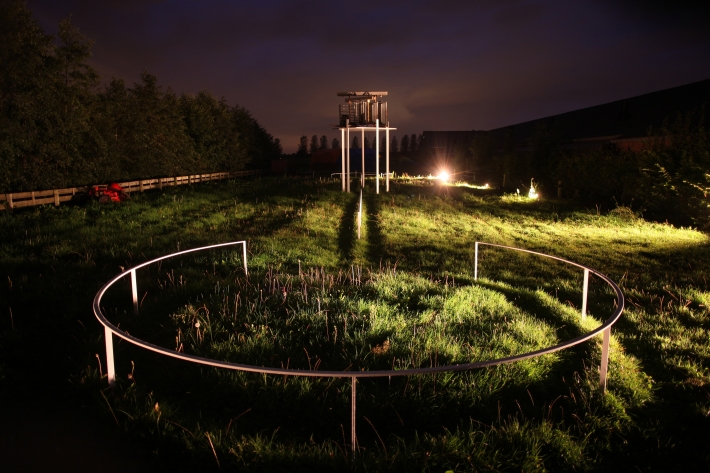 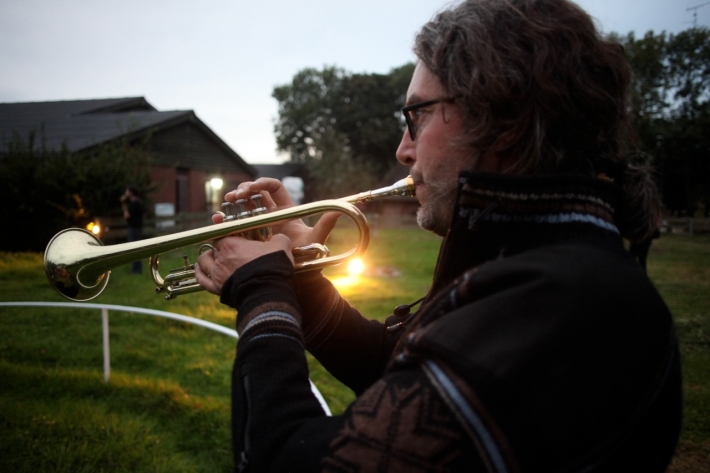 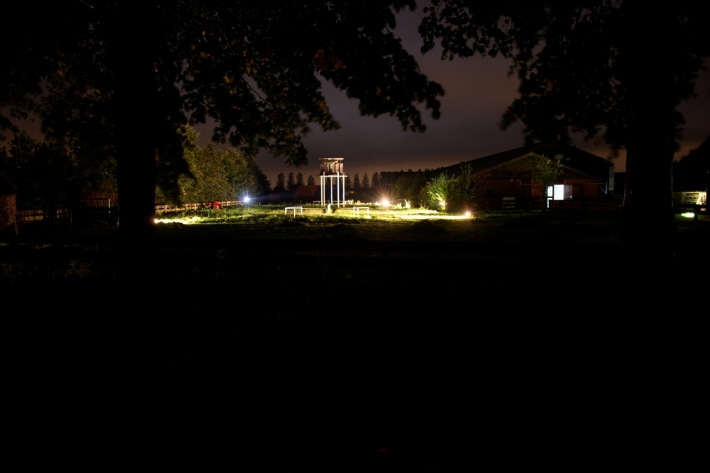 At the end of September, Gartz organized a closing event at the temple and the meditation path. She showed a performance for two trumpeters combined with a live realy of amplified sounds of pigs from the farm. The happening was organized in collaboration with Roland Spekle.