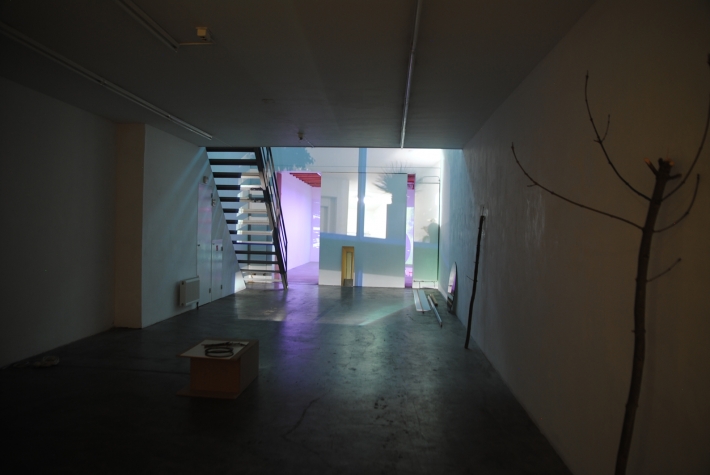 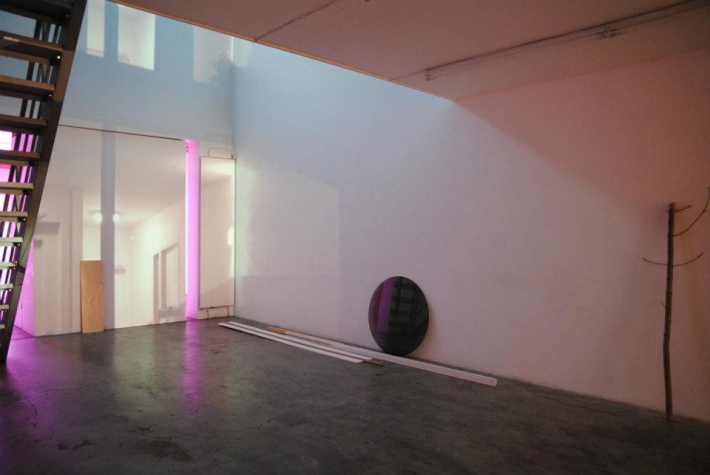 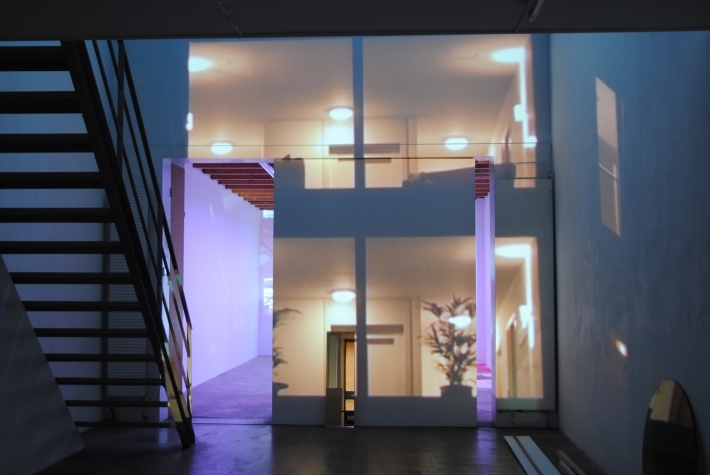 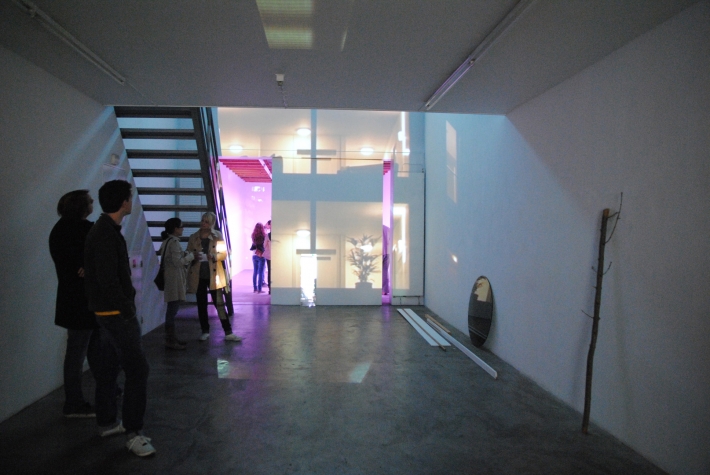 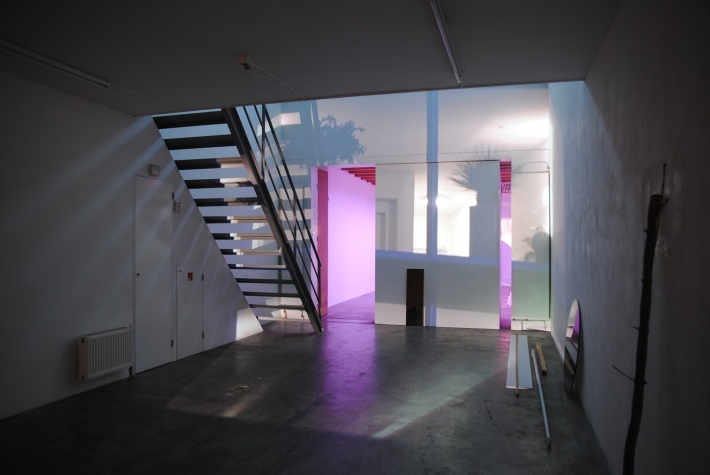 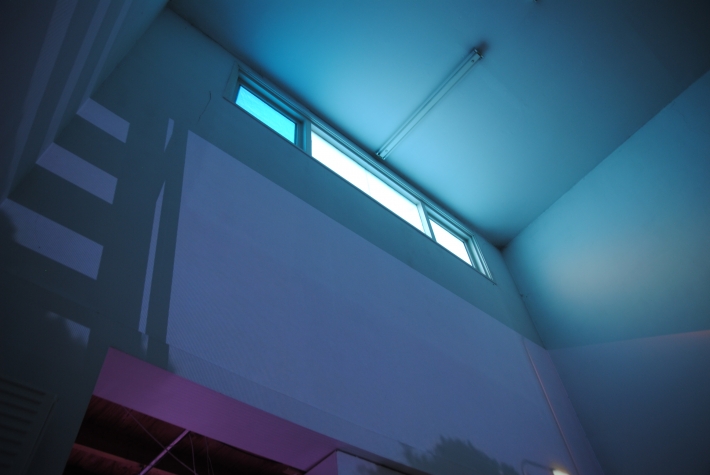 Transporting Studio to the Brain, 2012

In Transporting Studio to the Brain, Gartz uses footage from her first video recordings made in the late nineties with her more recent videos from America, combining them with veejay effects, favorite video clips, and music fragments. Using colored windows, drawings, branches and architectural elements, she aims to fuse the projections and the space together as one.

Conceptualized offsite and installed in response to the location's rectangular exhibition space, the images and objects create a flow or passage, as if they’re on their way from one place to another. Using purple colored filters applied to the skylights, Gartz floods the exhibition space with violet light. This color is connected to the 7th chakra of love, goodness, and spirit, and also refers to the ‘violet flame’ found in esoteric philosophies. Two circular boards in the middle of the installation evoke the yin-yang symbol, references to the masculine and the feminine, and the duality of life. These circles catch the video projections and, like an oracle, function as if they are communication by sending and receiving thoughts and memories. The videos contain shots of American highways, a birds-eye view of a nocturnal city, and MTV music videos from the late 90’s – when Wineke started to work with video. Mixing these clips with her own footage, fragments of image and sound appear and disappear in an hallucinatory composition; music by the guitar band Kent drifts by, as well as Run DMC and Frankie Goes to Hollywood’s famous song The Power of Love. This last song becomes a recurring comforting message, strengthening the main theme of Gartz’s overall piece.